This was a post that I intended to upload at the beginning of December ….it’s a little late, but better late than never!

It’s a long way from Aberdeen to the North West coast and to go out to Torridon for just two days requires a degree of organisation that, at face value, seems to outweigh the benefits of actually being there. Especially when driving conditions aren’t at their best. 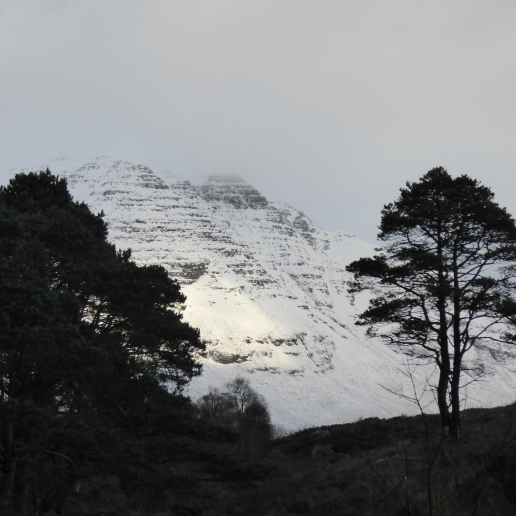 But two days of being out in amazing snowy environments proved to be extremely therapeutic. The forecast (as quoted above) was not great, so on the first day we chose to follow the glen that lies to the north of Liathach and which took us past Beinn Alligin and Beinn Dearg, eventually swinging around to pass east of Liathach and west of Beinn Eighe and finally bringing us down onto the Kinlochewe-Torridon road.

Our strategy was then to walk back to Torridon along the road from there. There was some brightness, to begin with but then the weather steadily deteriorated as the day progressed. At its upper reaches the path was completely hidden by snow: picking a route that didn’t take us into the depths of the sopping wet boggy terrain was challenging but we were managing fine. That is until one of us remarked on the fact that we still had dry feet – at which point I floundered into an area of deep, soft snow complete with small lake underneath. No more dry feet. 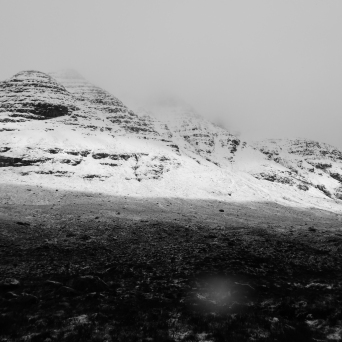 Planning for the second day proved to be a bit of a headache, undertaken in front of a cosy blazing fire, while trying to join in the group rendition of Caledonia (song sheets and maps are not compatible). The forecast didn’t fill me with confidence with regard to any ascent of the Torridon peaks. The snow was loose and fairly unconsolidated (already evident from the previous day). Having played that game before on Liathach (when our party had bailed as the conditions were simply too dangerous to continue), I thought that perhaps something lower, maybe a Graham, might fit the bill. It would be slightly less windy and the particular hills that I was considering were gentle and more rounded. Grahams are often regarded with derision, being considered the poor relation of Munros and Corbetts. Many hill-goers are downright condescending about them, ‘What  – me consider doing a Graham? I don’t think so.’ However, many Grahams are still notably higher than a number of English hills that are classed as mountains (over 600m for the purpose of Mountain Leader training). What’s more, they can prove to be every bit as challenging as their higher cousins, whether due to seasonal conditions, technical demands, or degree of remoteness. Not all higher mountains can be considered ‘difficult’ (a subjective description anyway) on grounds of height alone: there are some, for example, that are straightforward and can be accessed very easily from roads that take the sting out of the amount of ascent required. 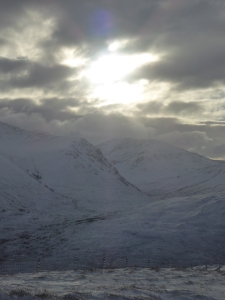 Our intention was to do both Carn Breac (678m) and Beinn na Feusaige (627m) towards the top of Glen Carron (to the south of Achnasheen). However, we soon found that progress was very slow due to the state of the snow. Many times we were wading through accumulations that were thigh deep. Working as efficiently as possible by taking turns to break trail, we were still virtually (and literally) crawling along: at one point I calculated that we had been moving at a mere 2km per hour. By the time we reached the upper slopes of Carn Breac it was becoming pretty obvious that just the one hill was going to be the sum total for that day. 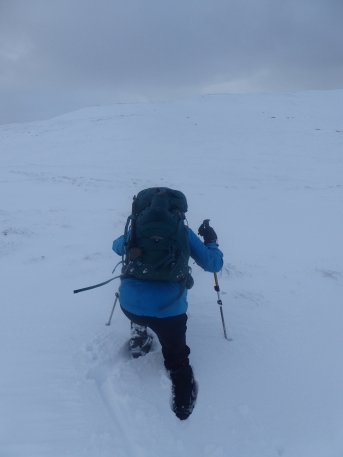 But however tough the slog uphill was, the views were totally amazing. The constantly shifting cloud, driven along by the brutal winds, created ever changing vistas and I stopped many times to take in the almost unearthly effect of the winter light on the snowbound landscape.

When the upper slopes of Carn Breac are attained the view of the Achnashellech Hills opens up in a most remarkable manner. There, spread before you are Fuar Tholl, Sgorr Ruadh, Beinn Liath Mhor. The eye is then drawn northwards, towards the Torridonian Peaks. We could see both Liathach and Beinn Eighe, and the defile between them, from where we’d made our way down to the road the day before. It looked grim and forbidding over there, the skies being an ominous shade of grey.  And for us the weather was coming in too, deteriorating on the final approach to the summit with the cloud base dropping to envelope us in whiteness. 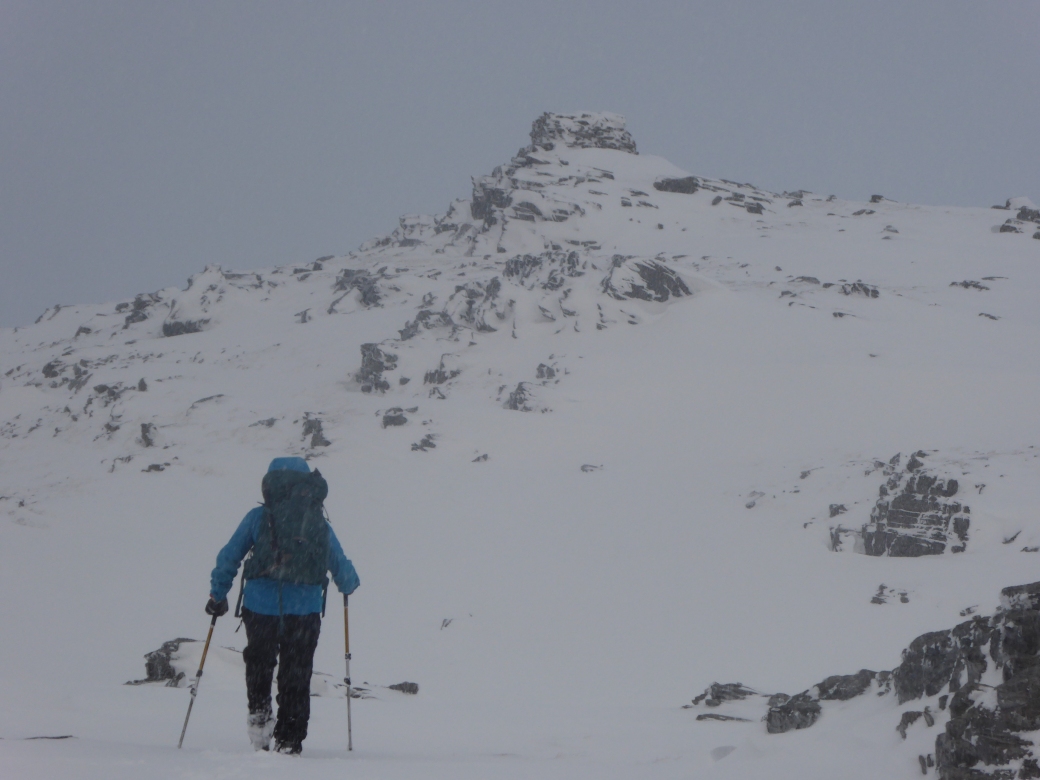 We descended the broad north east ridge, soon dropping below the cloud base, down to the col between the two Grahams and then picked our way through the very wet snow to the lower slopes. A walk-out in steadily darkening conditions along a delightfully mud-snow slippery path (of sorts) soon brought us to the better track and then back to the car.

On the map the distance looked like nothing. According to the book, the time to do the two Grahams should have been 5 hours. But when conditions like this prevail, managing just one summit (7 hours) is a major achievement. Winter has its own rules and this needs to be at the back of any hill-goer’s mind. We did consider turning back when we realised how much we had been slowed up by the snow conditions. If the slopes had been avalanche prone, we would have also had to alter our plans. We realised pretty early on that it was unrealistic to attempt the second summit, but judged it possible to manage the first and be on the descent before it became totally dark. Other considerations in winter extend beyond the hill day: what are the roads going to be like, if you do decide to come off much later? And … of course … most importantly of all … exactly what time does that local tea shop close???

[Note: Many thanks to Pauline, my mountaineering buddy for the two days described above. Her ability to plough a trail through extremely deep, soft snow is truly remarkable. The MWIS website (www.mwis.org.uk/) is gratefully acknowledged for the forecast quoted above. Caledonia was written by Dougie MacLean and appears on the album of the same name, released in 1978.] 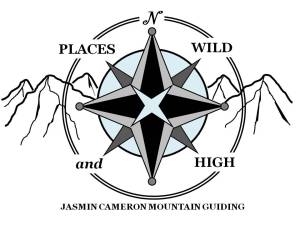 3 thoughts on “When Grahams Come Into Their Own”