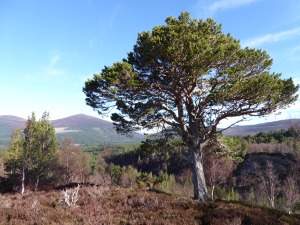 Some of my most intense memories come from days in the mountains. An elevated, different world, places that can’t be seen or imagined when you’re driving along the road through the glens. Days when time takes on different meaning, stretching itself out to the utmost while a vast number of experiences crowd their way into your memory.  The landscape that imprints itself on your consciousness. And all this, regardless of the weather – whether it be battling with the wind to reach a summit, traipsing across extremely boggy ground with rain lashing at you, in the sensory deprived environment that constitutes a white-out, friendly white cumulus clouds creating a chequered shadow pattern over the world below you or a day of wall-to-wall sunshine and intense blue skies.

Yesterday’s forecast was extremely promising (how promising? Try Aviemore as the warmest place in Britain), and we actually succeeded in leaving the house early enough to be at the Sugar Bowl car park for a reasonable hour. Setting off on the first leg of our jaunt, it soon became apparent that we had different ideas about how best to use a stunning day like this. Iain was all for the ‘do as much as we possibly can’ approach – his actual comment being ‘seize the day by the neck and throttle it’. I wasn’t overly convinced by this somewhat go-getting attitude. After a number of days attending various full-on mountaineering courses this winter, I was much more of the mind to re-connect with the mountain environment in a visual and spiritual sense. Don’t get me wrong, I have thoroughly enjoyed all of my CPD experiences, but while on these courses there is little time to really revel in your surroundings. We rapidly approached the evocatively named Chalamain Gap, a boulder strewn ravine that lies below Creag a’ Chalamain (Crag of the Dove, the label ‘Chalamain Gap’ is a relatively recent one, not appearing in older literature), now associated with the 2014 avalanche that killed three people. It’s not the easiest terrain to negotiate, with huge blocks strewn about haphazardly. In wet or freezing weather, with a layer of snow or ice, it has the potential to really slow up any hill-goer. As we crossed the Allt Drudh and embarked on the climb in earnest, it was becoming clear that there was a conflict of interests, so once we were over Sròn na Lairige (1180m), Iain powered off to do his intended ambitious route of Braeriach (1296m), followed by Angel’s Peak (1258m) and Cairn Toul (1291m) – complete with nasty re-ascent on softening snow. My aim was Braeriach, but to have the time for photography without someone sighing every time I took out the camera, to perhaps take the opportunity to perfect some of my CPD work and to simply enjoy the views on this stunning, stunning day. 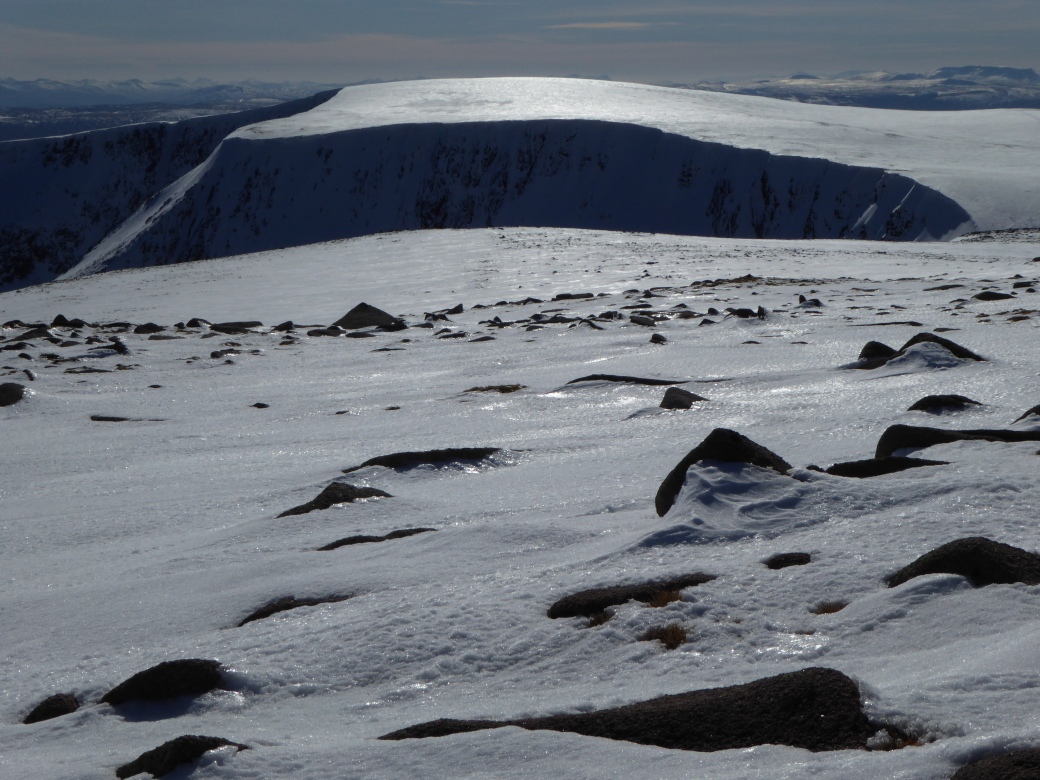 On the way up to the Braeriach plateau, I stopped to exchange a few words with someone who was on descent. The conversation rapidly turned to Nan Shepherd and her writings on the Cairngorms. This is a book that sits at home, beckoning me to read it (once I’ve cleared the numerous things that stand in the way). I was intrigued to hear how inspired my fellow mountaineer had been by this publication – to the extent that he had been on a mission to swim in one of the lochs in Coire an Lochan – and had been extremely disappointed to discover that it was frozen over. 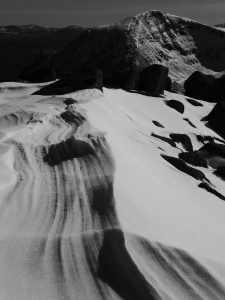 Continuing to the summit, the many different effects created by the snow were fascinating. The wind had sculpted in many senses: beautiful sastrugi, raised footprints, strange cornice lips were all the result of the wind. The recent history of wind direction and weather patterns was all evident here. The sun on the snow revealed icier patches in amongst softer patches. The views of Cairn Toul and Angels’ Peak across the Coire were amazing and I spent much time drinking in the panoramas. 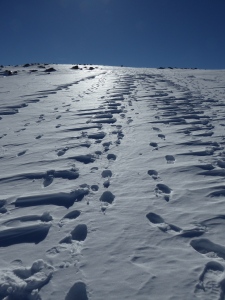 It had been baking hot on the walk-in, but on the plateau the wind had picked up slightly and a significant number of layers were required (although Iain commented that on Angel’s Peak it was warm enough that he spotted one person in a t-shirt and another in shorts…at 4000 ft in March!). I headed over to the promontory to the south of the summit, before re-gaining the top and then deciding to start my return journey. Another viewpoint beckoned and I sat for another while, just allowing the day to wash over me. After all, there was no hurry. Iain had to be a very long way behind me, given his plan of action. 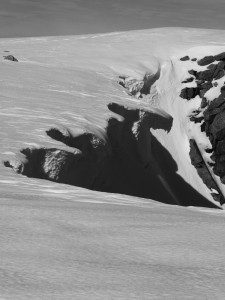 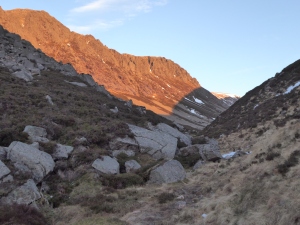 I ambled (no other word for it) downwards, wallowing in the luxury of being able to stop wherever, whenever. The sun was dropping and as I dropped down to the Allt Drudh I was deep in shadow. The sting in the tail re-ascent up the Chalamain Gap was not anywhere near as much effort as I had anticipated and I cruised up the path, noting the stunning orange glow of Lurcher’s Crag as the sun went down. Not particularly wanting to cross the Chalamain Gap in the dark, I had timed my arrival there to perfection.  As I paused at opening to the ravine, I thought how much the scenery was reminiscent of Tolkien’s Mordor – down to the bare, stunted tree that was struggling to grow at the entrance.

My route choice through the boulder field was sound, but then I hit a patch of extremely slippery, peaty mud at the other end which put an end to my cleanish trousers and boots (yup, managed to sit down in the stuff!). Halfway across something behind me shifted and in the half-light, my imagination went into overdrive. Was that Gollum following me? Or something equally as sinister?  My pace picked up and I was very grateful to exit the Gap. The final 3km was uneventful, but I could feel the air temperature dropping rapidly and eventually I needed my headtorch. A final drop down to the bridge over the Allt Creag an Leth-choin and a last short pull up to the road saw me back at the car.  The sky was studded with stars and the longer you looked, the more you could see, the background stars seeming to come into focus.

So what of Iain? (apart from him trogging along singing ‘Oh It’s Such A Perfect Day’ to himself…and yes, he actually admits to doing this)  Well, he was tiring and repeatedly checking his watch for turnaround time on reaching Cairn Toul, flagging, with legs seizing up badly on return to Braeriach, sighing loudly on descent to the Lairig Ghru, slipping and stumbling in the pitch black through the Chalamain Gap and finally having to jog-trot the last half hour just so that we could reach the fish and chip shop, literally less than one minute before it closed (aware there might have been just a tad of annoyance if had we missed it and gone hungry due to his idea of a ‘good time’), not to mention whimpering intermittently on the drive back and barely being able to walk the next day. I think that in the grand scheme of throttle-stakes it was the day –  and not Iain – that scored a clear victory here.

Needless to say I was not greatly sympathetic….after all, we both had a pretty perfect day, whether we tried to seize and throttle it, or to just appreciate it. Memories are made of this.

[Note: The two song references in this post are to Memories are Made of This (Gilkyson, Dehr and Miller, 1955 – made popular by Dean Martin) and Perfect Day (Lou Reed, 1972); ‘seize the day and throttle it’ is a quotation from Calvin and Hobbes (Watterson); the Nan Shepherd book referred to is entitled The Living Mountain ( Edinburgh: Canongate, 2011)] 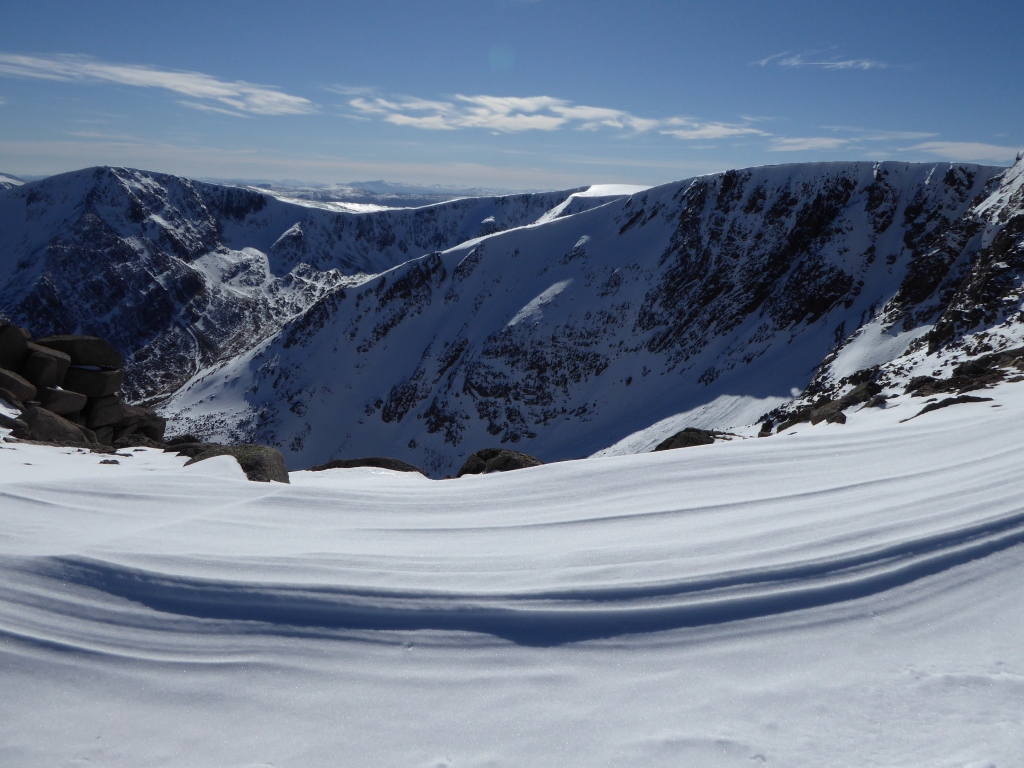 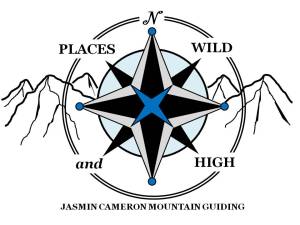